A Conversation with Chicago at the GRAMMY Museum 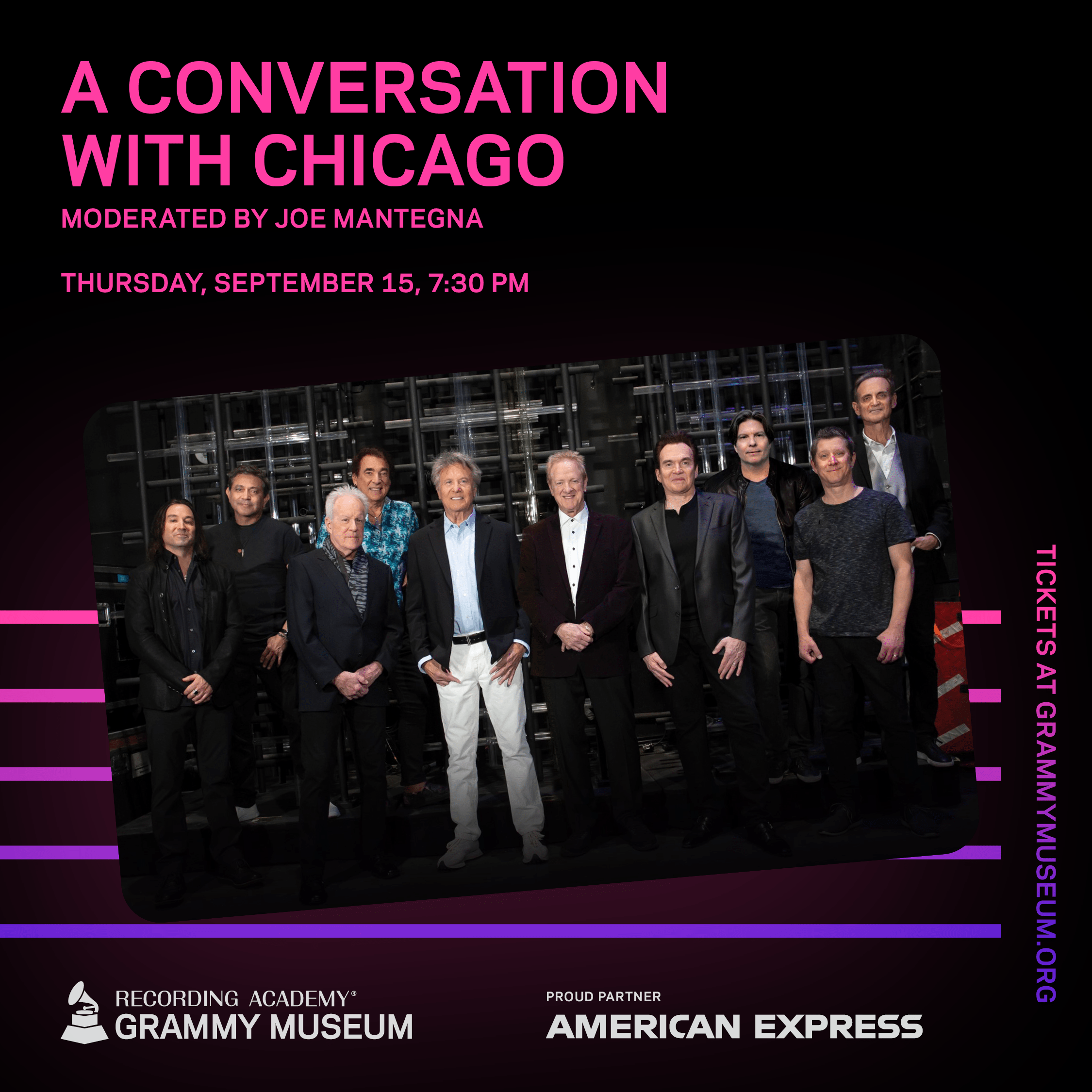 The GRAMMY Museum is thrilled to welcome founding members Robert Lamm, Lee Loughnane, and James Pankow of the multi-GRAMMY winning rock and roll band Chicago for an intimate conversation moderated by Tony Award-winning actor and star of Criminal Minds, Joe Mantegna. The band will discuss their legendary career in music, their newly released 38th studio album, Born For This Moment as well as the forthcoming release of the documentary The Last Band on Stage.

With more than 100 million albums sold worldwide, in addition to being in the Rock and Roll Hall of Fame, the multi-GRAMMY Award winning band has been hailed by critics and fans as one of the “most important bands in music since the dawn of the rock and roll era.” The legendary rock and roll band with horns, Chicago, came in as the highest charting American band in Billboard Magazine’s Top 125 Artists of All Time. Chicago recently received The Recording Academy’s Lifetime Achievement Award from the GRAMMYs and was previously inducted into the GRAMMY Hall of Fame in 2014. Band members Robert Lamm and James Pankow have been inducted into the Songwriters Hall of Fame in 2017. Further to that, the band has 21 Top 10 singles, five consecutive Number One albums, 11 Number One singles and five Gold singles, with a total of 48 gold and platinum awards.

The band’s new album, Born For This Moment, produced by Joe Thomas, captures the true heart of this legendary band. Over the entire course of 14 vibrant new songs, Born For This Moment encapsulates the unique blend of award-winning and personal songwriting, multilayered harmonic vocalizations, and world-class arrangements that have been electrifying audiences across the globe for decades.