Be Chicago: Together We Can 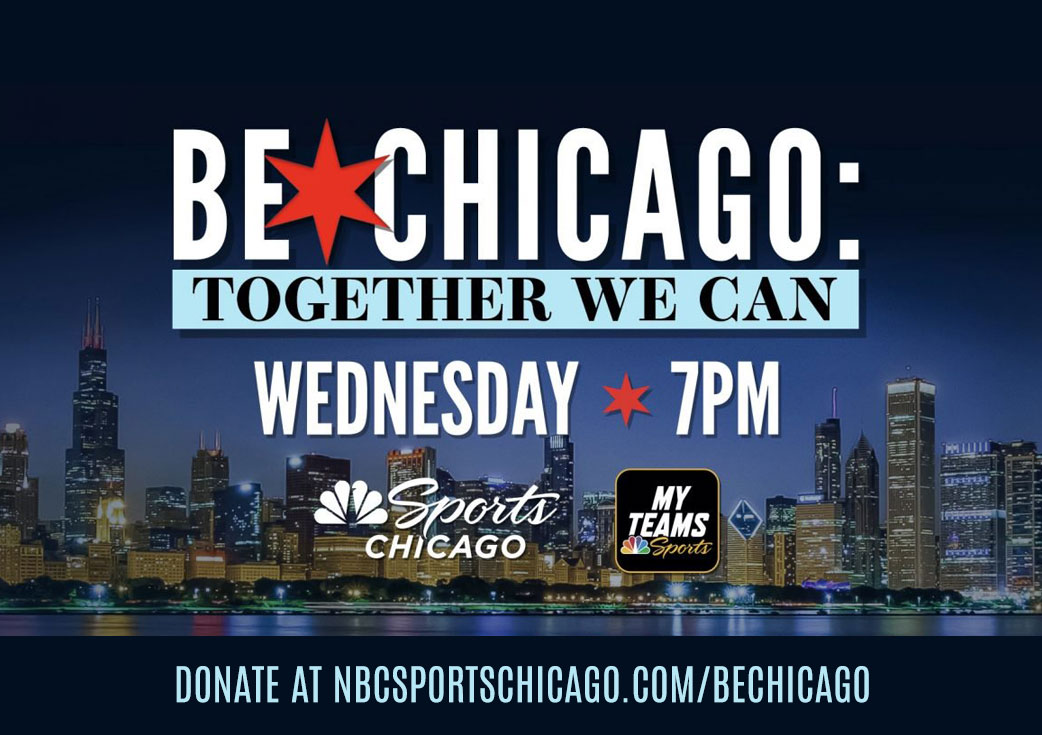 Be Chicago: Together We Can,” a four-hour, star-studded fundraiser to benefit the Chicago Community COVID-19 Response Fund, will be presented Wednesday night on NBC Sports Chicago.

Airing from 7 to 11 p.m. CT, the event will feature appearances by dozens of celebrated athletes and exclusive musical performances from Chicago and Plain White T’s, among many others artists.

Hosted by NBC Sports Chicago’s David Kaplan and Eddie Olczyk, the special is being produced with United Way of Metro Chicago and The Chicago Community Trust, which jointly established the emergency fund to aid local nonprofit organizations serving the region’s most vulnerable residents.

Special guests will include:

You can live stream the event by authenticating your cable, satellite or streaming service HERE or watch on DirectTV Channel 665.

This article was originally published on robertfeder.com – you can donate to this worthy cause at chicagocovid19responsefund.org