Chicago is Inducted into the Rock & Roll Hall Of Fame 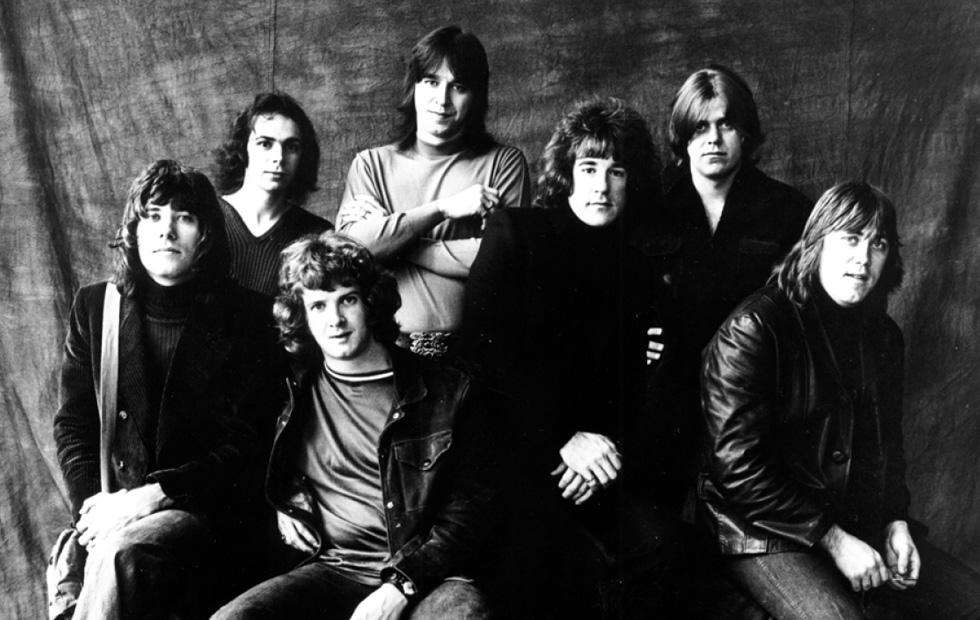 The statistics are simply staggering: Over a 46-year recording career, the band has issued 36 albums, sold well over 100 million records, and released 20 Top 10 pop and 22 Top 10 adult contemporary singles (15 of which broke the Top 10 on both charts). It achieved the enviable feat of placing these hits on the Billboard charts in five different decades. 17 of its first 20 albums were certified platinum, nine of those multiplatinum and Chicago 17 hit platinum a whopping six times.

The story of Chicago is one of the most paradoxical in the history of American music. Starting out in the late 1960s as a horn-dominated underground rock band verging on the avant-garde in its use of dissonance, jazz voicings and extended compositions, Chicago initially seemed to have little if any chance of AM radio success. Yet, within a year, the group had three Top 10 singles (“Make Me Smile,” “25 or 6 to 4” and “Does Anybody Really Know What Time It Is”), and were selling out arenas from coast to coast.

On its second LP, in 1970, the group declared, “With this album we dedicate ourselves, our futures, and our energies to the people of the revolution. . . . And the revolution in all of its forms.” Despite that, during its first national tour, the group’s trombonist, primary horn arranger and one of its main composers, James Pankow, stated emphatically: “We know what went on at the Democratic Convention, we know what’s going on in Vietnam, but to protest about that musically makes no sense. People hear about that stuff enough without having it shoved down their throats with music. What music is for is getting away from the problems of life.”

The latter statement would seem to be Chicago’s modus operandi for most of its career. By the 1980s, the group had long ceased to support any revolution, and no one would mistake them for being underground or avant-garde. Under producer David Foster’s tutelage, the band had morphed into a mainstream pop group fronted by bassist Peter Cetera, who seemed able to effortlessly craft one Top 10 power ballad after another (“Hard to Say I’m Sorry,” “Hard Habit to Break” “You’re the Inspiration”), while the horn section that was once one of its most distinguishing characteristics was all but muted.

Initially called the Big Thing, the band relocated to Los Angeles in the summer of 1968, and manager and producer James Guercio changed its name to Chicago Transit Authority. Guercio’s pedigree included playing on Dick Clark package tours in the mid 1960s, briefly managing Chad and Jeremy, producing four hits by the Buckinghams in 1967, and producing the second Blood Sweat & Tears album. The latter association led many to mistakenly assume that Chicago was copying BS&T’s jazz-rock sound. But, in fact, Chicago had already been playing what its members preferred to think of as its own pioneering rock-band-with-horns sound in Chicago and L.A. clubs for two years before it heard BS&T. It is worth noting that just as Chicago was coming together as the Big Thing in early 1967, the Electric Flag was also pioneering its own concept of a rock band with horns.

Shortly after the release of its debut album in April 1969, the band received a cease-and-desist order from the actual Chicago Transit Authority. Consequently, from late 1969 onward, the group became known simply as Chicago.

With Guercio calling the shots, right out of the box Chicago marched to a different drummer. Four of its first seven albums were double sets. The fifth was the massive and unprecedented four-disc Chicago at Carnegie Hall, documenting a weeklong stint at the venerable concert venue in April 1971. Similarly audacious was Guercio’s decision to number, rather than title, the majority of the group’s albums, reasoning that if classical composers simply numbered their compositions, why not his group?

Instead of images of the band’s members, each album featured the group’s distinctive, stylized logo (designed by Nick Fasciano), creating brand recognition on the level of Coca-Cola or McDonald’s. It would not be until Chicago’s tenth studio album, 1978’s Hot Streets, that the cover featured photos of actual members. The net effect was that individual identities were subsumed under that of the band as a whole. This would prove extremely useful over time, as key members were replaced – the late Kath in 1978, Cetera in 1985 and Seraphine in 1990. While core fans were obviously aware of these changes, most likely the majority of Chicago’s audience hardly noticed.

Guercio’s tenure with the group from 1969 through late 1977 and Chicago XI would prove to be its golden period, producing the vast majority of the band’s best known songs, including such classic radio staples as “Color My World,” “Saturday in the Park,” “Just You ’n’ Me,” “Feelin’ Stronger Every Day,” “Old Days,” “If You Leave Me Now,” and “Baby, What a Big Surprise.” As Robert Lamm said in 2000, “The first 11 albums are Chicago, and Guercio’s genius was that he captured it, and no other producer [was able to] capture it.”

Not long after the group severed its relationship with Guercio in 1977, guitarist Terry Kath tragically died while playing with a gun he thought was not loaded. Kath was an extraordinarily soulful vocalist (“Make Me Smile,” “Hope for Love”) and a pyrotechnic guitar wizard as evidenced by “Free Form Guitar” from the group’s debut album, his slicing leads on “25 or 6 to 4,” and his moving elegy to Jimi Hendrix titled “Oh, Thank You Great Spirit.” The group would go through three more guitarists before finally settling on Keith Howland in 1995. As capable as each was, none of these ax wielders would replace the spirit, soul and musicality that Kath had brought to the group.

After three disappointing albums with first Phil Ramone and then Tom Dowd taking on the producer’s mantle, Chicago was bought out of its Columbia Records contract. Signing to Full Moon/Warner Bros., the band drafted keyboardist and vocalist Bill Champlin (formerly of the San Francisco staple Sons of Champlin) and let go Brazilian percussionist Laudir de Oliveira (who had joined beginning with Chicago VII in 1974). Handing over the reins to producer David Foster, beginning with Chicago 16 in 1982, the group drew on the earlier success of Peter Cetera ballads, such as “If You Leave Me Now,” and was reborn as a singles-oriented, power ballad juggernaut.

Foster would end up cowriting many of the songs on the next three albums (Chicago 16 through 18), bringing session musicians in to replace or augment the talents of the original band members, liberally employing drum machines and relegating the group’s horn section to the background. Things would never be the same.

By 1985, Peter Cetera left to embark on a solo career, and was replaced by Jason Scheff. Reborn yet again, Chicago managed to achieve gold sales with Chicago 18 and platinum with 19, but after firing drummer Danny Seraphine in 1990, the band basically ceased to be a commercial force. With Tris Imboden replacing Seraphine, Chicago Twenty 1 failed to produce a hit. At this point, Chicago began to tread water. Over the next two decades, it released Night and Day (1995), an album of big-band standards originally cut by Glenn Miller, Duke Ellington, and Benny Goodman; two Christmas albums; six compilations; and two live sets. Chicago XXX (2006) was the first studio album of new original material since 1991. With the exception of 2008’s Chicago XXXII: The Stone of Sisyphus, recorded in 1993, the only subsequent album of new material was NOW, put out by the group’s label, Chicago Records, in 2014. That year, the group was inducted into the Grammy Hall of Fame. In 2015, Chicago released yet another live set,Chicago at Symphony Hall Featuring the Chicago Symphony Orchestra.

Despite the lack of new material over the past 25 years, Chicago has remained a steady box office draw. Millions of fans are still happy to hear the group’s stunning legacy of hit singles, which collectively cover an extraordinary variety of musical styles from funk to rock to jazz to blues to classical to pop ballads.

With that in mind, perhaps it’s fitting to let founder Walter Parazaider sum up the band’s appeal, and ultimately its greatest strength: “There were so many diverse personalities in this group that sometimes I had to wonder why this didn’t blow up after about a year’s worth of success. But we loved music so much. Peter wrote country tunes on the third album. . . . Jimmy Pankow was a stone-cold jazzer who loved the Beatles. Lee Loughnane loved playing big-band jazz, but loved rock and roll. The same thing with myself. And then you had people who loved the Jimi Hendrix stuff, like Terry, or just rock and roll stuff, like Danny, and if you think about it, there is everything from blues, classical, the big-band sound. It became a meld into the band where any kind of music, as long as it was played well, was valid.”

Thirty-six albums and 46 years later, the results speak for themselves.