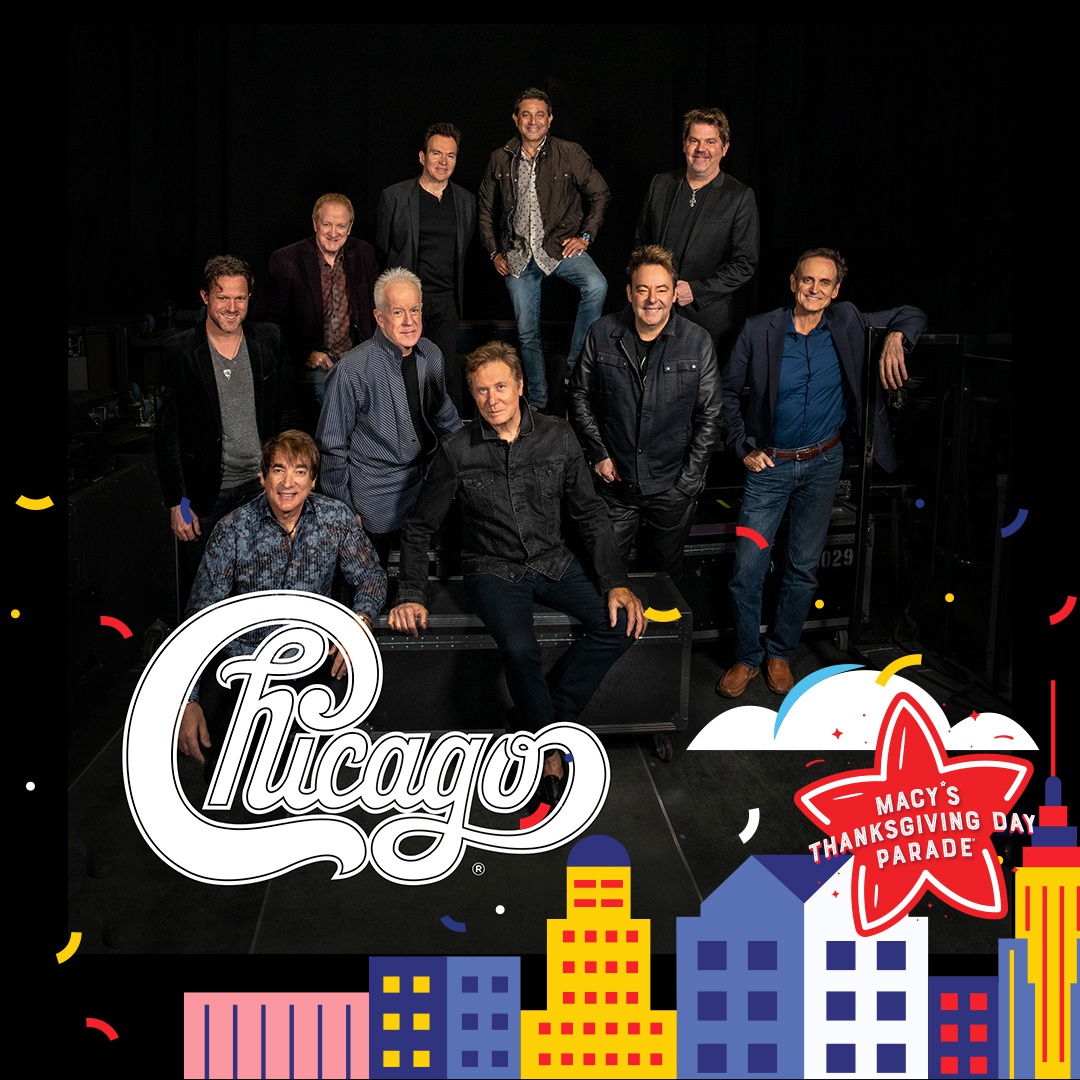 We are thrilled to be performing songs from our new album CHICAGO CHRISTMAS along the parade route with an expected 3.5 million + people in attendance and before a televised audience of more than 50 million viewers.  The 93rd annual Macy’s Thanksgiving Day Parade will air on NBC on November 28 at 9AM – Noon, in all time zones.