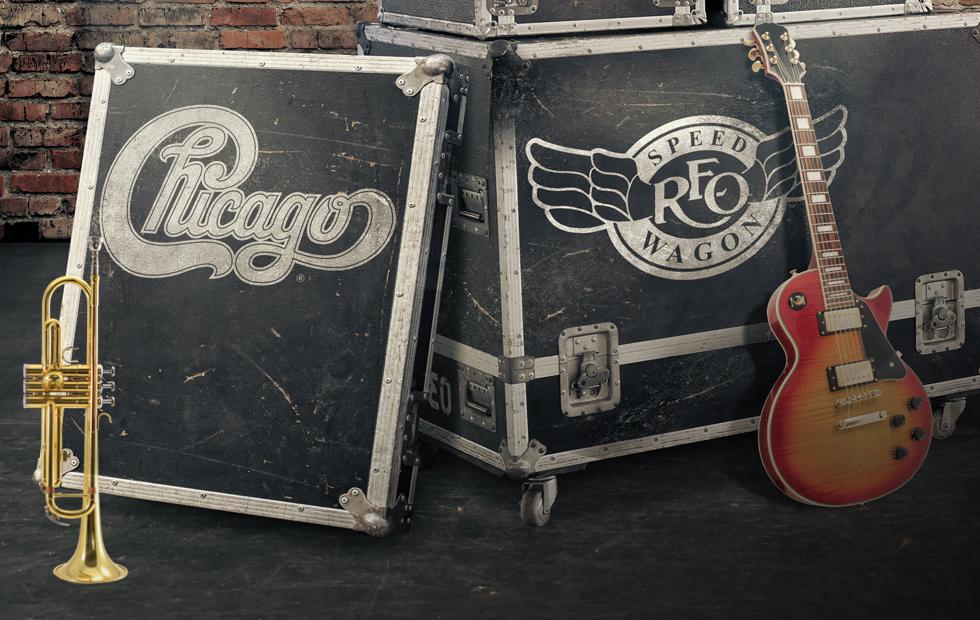 Tickets for the tour go on sale starting Friday, February 9 at 12 p.m. in select cities on www.livenation.com.

Chicago’s Robert Lamm says of the upcoming trek: “It’s always a party sharing the stage with Kevin, Neal, Bruce, Dave and Bryan! They rock. We rock. The tour rocks!”

REO Speedwagon frontman Kevin Cronin agrees: “We love the Chicago guys. We all share that Midwest rock’ n roll ethic. We work hard, rock hard & take care of business. So, c’mon out and party with Chicago and REO this summer.”

Fans will be treated to a night filled with a deep catalog of hits from both bands. Chicago, in planning a show unlike any other they’ve done before, will perform their historic album Chicago II in its entirety followed by the “world’s longest encore” as the band jokingly refers to it, filled with their greatest hits. REO Speedwagon will electrify audiences with hits and fan-favorites such as “In Your Letter,” “Can’t Fight This Feeling,” “Time For Me To Fly,” “Roll With The Changes,” “Keep On Loving You,” “Take It On the Run” and more.

We look forward to seeing you on the tour, view the complete Summer Tour schedule HERE.