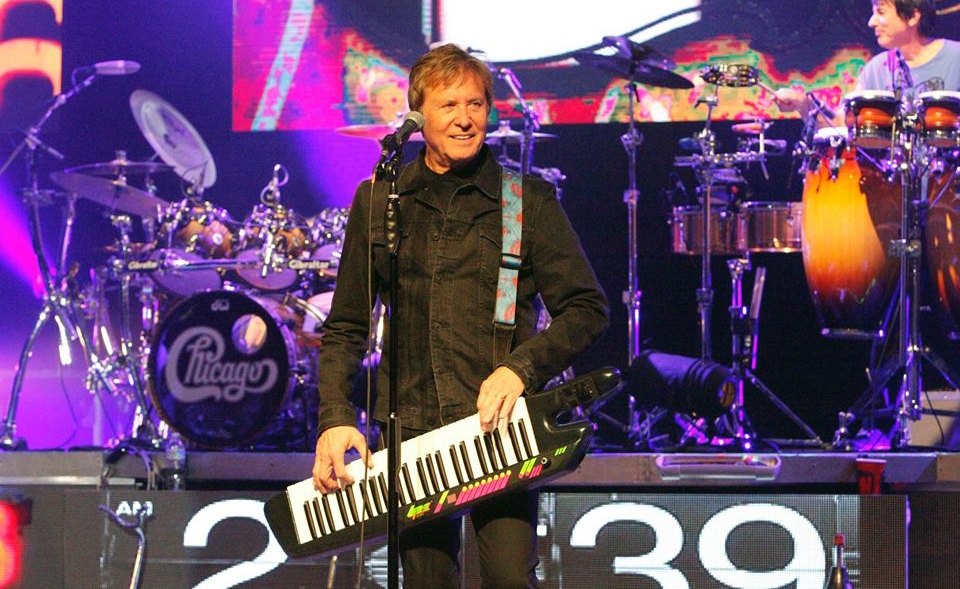 There are many sides to a band like Chicago—a self-described “rock and roll band with horns,” a steady presence on MTV during the early to mid-1980s and an outfit capable of churning out ballads that often find their way into wedding vows and prom themes (I have personally experienced the latter). And while the identity of this group can be debated, the one indisputable fact is that this outfit has enjoyed an unbroken string of longevity that not only dates to its 1967 founding, but the release of its 1969 debut Chicago Transit Authority. Fast forward five decades and Chicago has amassed an impressive canon; in addition to carving out a respected live show that’s come out of a combination of an unparalleled work ethic and relentless time on the road, Chicago has sold more than 100 million records worldwide while amassing 47 gold and platinum records, along with 70 charting songs. Driven by the four founding members—Robert Lamm (keyboards, vocals), Lee Loughnane (trumpet, vocals), James Pankow (trombone) and Walt Parazaider (woodwinds)—the band has toured and not missed a year of playing live since the beginning. And while health concerns have found Parazaider coming off the road and having his role filled by saxophonist Ray Hermann, the band has soldiered on—currently on tour and working on new material while on the road. While the band’s last tour focused on recreating 1970s critically and commercially successful sophomore bow Chicago II, the current road jaunt is centered on giving the people what they want.

“This year, we’re out performing with a 10-man line-up and we’re calling this tour, ‘Chicago and Their Hits,’ which is a bit of a misnomer because we’re not just doing hits. We’re doing songs that we want to do,” Lamm said. “There’s very little in the Chicago repertoire that’s performable on a night-to-night basis that most people are not familiar with. Even if you’re not a fan, it’s like you said, you could hardly avoid Chicago’s stuff on the radio for at least four decades. Even now, certain aspects of the repertoire—the music is played somewhere in the world constantly. We’re very lucky. So that’s what people will be hearing when they come to Westbury.” 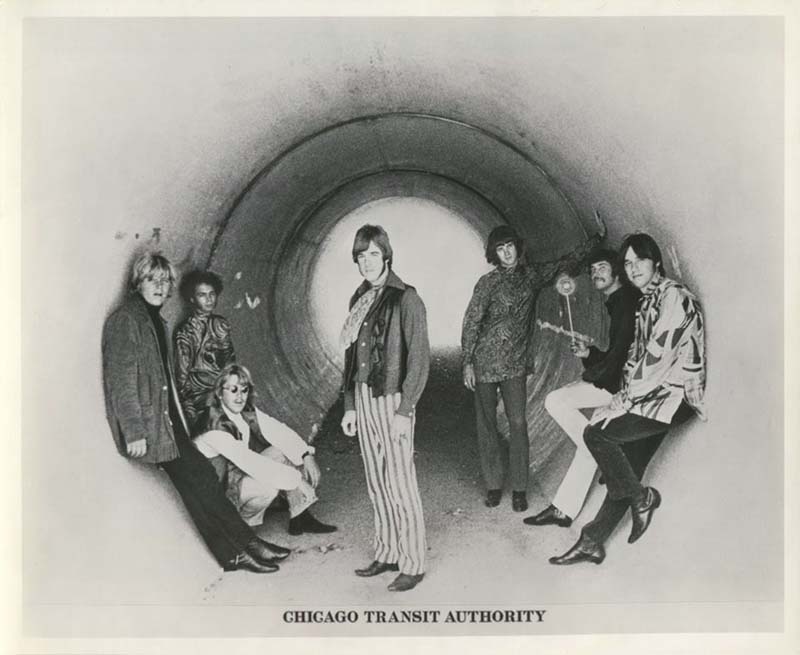 Given the band’s long and illustrious history, Now More Than Ever: The History of Chicago could not have been released at a better time. The award-winning documentary, released around the time the band was receiving its 2016 induction into the Rock & Roll of Fame, perfectly chronicled the ups and downs of this wildly successful group. For Lamm, the organic way it came about was what helped define the end result.

“The director/cameraman was Peter Pardini, a then-recent graduate of the UCLA Film School at the time. He happens to be the nephew of Lou Pardini, our other keyboardist and vocalist. Peter traveled with us quite a bit,” Lamm explained. “For a band this late in their career, we were still doing very interesting projects and returning to Europe after being away for 25 years, along with touring through Asia, along with a number of other things.

Peter was always around with a camera. Because he was sort of family, we were very comfortable with him being around. Every once in awhile, he’d ask to interview us in a way where he’d be off camera. That was a very comfortable situation and after a short while, we became much less self-aware and were very relaxed. s a result, after all these hours and a couple of years, he got us to talk about things we generally weren’t asked about and didn’t particularly talk about. For me, a lot of it is talking about the past, which is not something I particularly think about. I’m usually thinking about now and tomorrow.”

Chock full of vintage footage balanced by more contemporary interview segments, Now More Than Ever not only captured the band’s commercial triumphs, but shone a light on the brilliance of late guitarist and founding member Terry Kath. It also addressed the fissures in the band in the post-Kath era that included a number of personnel changes, most notably that of vocalist/bassist Peter Cetera, who declined to be interviewed for the film. And while the three years before Cetera’s departure coincided with Chicago getting dropped by CBS, getting picked up by Warner Brothers subsidiary Full Moon Records and scoring a string of David Foster-produced Top 20 hits, less emphasis was placed on the band’s horn-driven sound and the group wound up becoming known for its power ballads. The friction that came out of this kind of success is something Lamm has a considerably different perspective about decades later.

“Hindsight is a great view, because somehow we lived through that. But, I also have come to learn from that experience. I really feel that David did what he was hired to do, which was almost impossible because he was taking a band that had been very successful—internationally. But we were down for the count, as far as our career was concerned, for a number of reasons,” the Brooklyn native said. “But, he did what he had to do and he did it the way a good producer does it. He makes the decisions. He gets the music written and produced. He gets the music performed and if he has to bring in a session player, he does that because time is of the essence. And time was of the essence. I think everything he did, he did right. Personality-wise has nothing to do with it, because it was really about getting the music done and getting it done to sound as great as he could get it. He did what he was supposed to do. I was really troubled going through it. But now I look at it and think that it didn’t kill me and it all worked out okay. I have nothing but respect for David.” 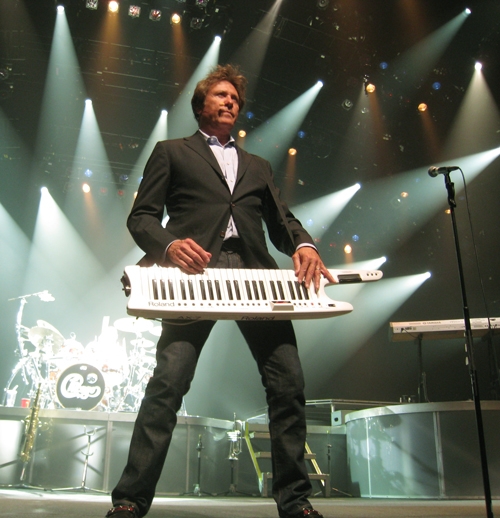 While Lamm’s view of Chicago’s 2016 induction into the Rock & Roll Hall of Fame provided quite a bit of self satisfaction (“I felt vindicated for the band. I was very happy for the band. But none of that compared to how much fun it was to actually be in Brooklyn rehearsing and meeting some of the other inductees”), Cetera’s decision to not show up alongside the band was a bit puzzling to Lamm.

“I’ve talked to Peter off and on and met with him over the years. I didn’t realize how intensely he felt that he could never, for any reason, stand or play with the band again—except on his terms,” Lamm said. “I just didn’t understand that. I don’t dislike the guy or anything like that. I think he’s a good and nice man. He’s a great bass player and no one can argue with the beauty of his voice and singing. But I didn’t understand and don’t understand the intensity of his feelings. But I’m not at liberty to say what he told me.”

As for Chicago’s longevity. Lamm’s feeling is that it comes down to the basics.

“I credit the songs and the music. Obviously, the sound of the band is appealing to a lot of people. The way the horns are used is very different than what other bands do. The idiosyncrasies of the way [they sound]—and believe me, I really had a chance to consider that when we did Chicago II. Those aren’t even songs—those are compositions,” he said. “Who knows why ‘Saturday in the Park’ is so popular? I think that when I was inducted into the Songwriters Hall of Fame, I was of course asked to do something from Chicago, which I did. I think I performed ‘Does Anybody Really Know What Time It Is?’ and I rehearsed with a New York session band, which was the back-up group. Even those guys said, ‘It’s a great
song man.”