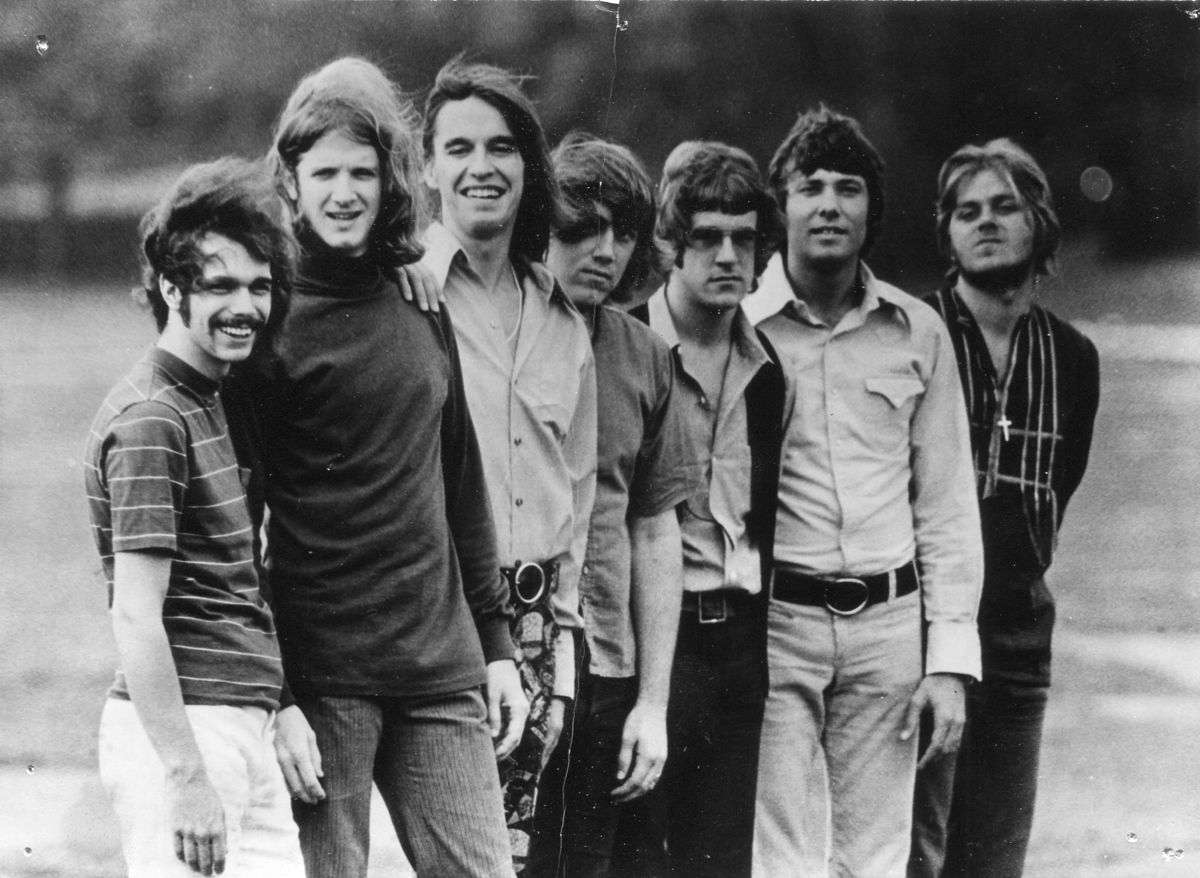 The summer of 1969 saw a proliferation of a relatively new concert genre – the pop/rock festival. As we commemorate the the 50th Anniversary of the Woodstock music festival, we also reminisce on other iconic music festivals that Chicago (Transit Authority) participated in during the summer of 1969. 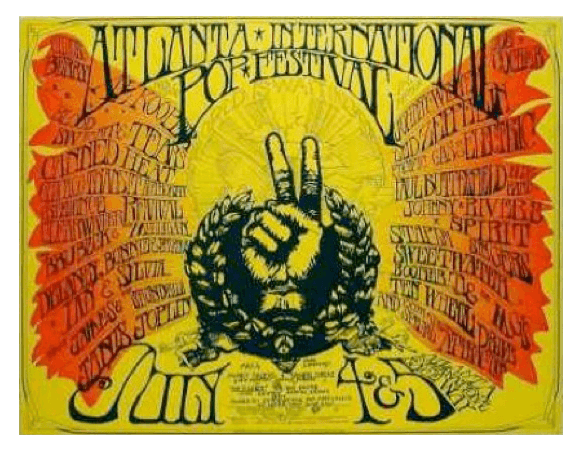 Chicago Transit Authority was joined at the festival with other rock & roll greats including good friend and mentor Janis Joplin as well as Led Zeppelin, Grand Funk Railroad, Creedence Clearwater Revival and other legendary bands.

On the Monday following the festival, July 7, the festival promoters gave Atlanta’s music fans a gift: a free concert in Atlanta’s Piedmont Park featuring Chicago Transit Authority and other select performers whom had played at the festival. According to the Atlanta Journal and Constitution, the free event was the promoters’ way of showing their appreciation for the overwhelming success of the festival. 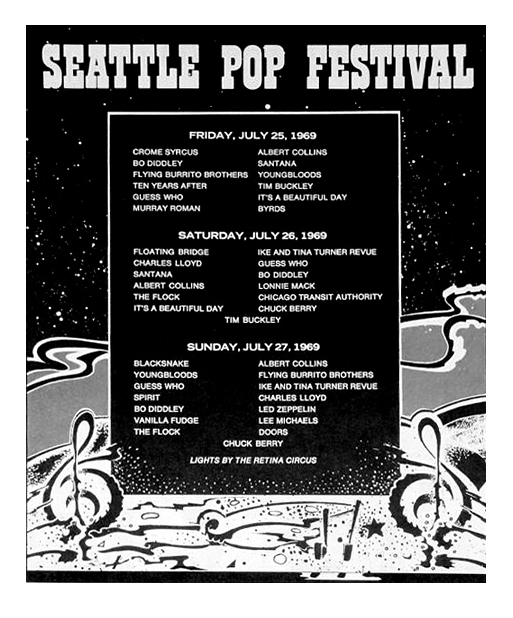 The Seattle Pop Festival was a music festival held at the Gold Creek Park in Woodinville, Washington from July 25 to July 27, 1969. Twenty-six musicians and groups performed at the festival, including Chicago Transit Authority, Chuck Berry, Tim Buckley, The Byrds, and Bo Diddley.

Tickets for the event cost $6 for a day or $15 for all three of the days. It has been recorded that the total attendance exceeded 50,000 fans.

In an August 30, 1969 article in The Daily Chronicle, Dorian Smith writes:

“The days were filled with contented euphoria. Airplanes flew over and dropped bundles of flowers or spelled out the words “LOVE” and “PEACE” in letters of smoke. Each night the black heavens were illuminated with a fireworks display, including Roman candles, sky rockets and bright red flares. The third day witnessed a giant balloon filled with hot air ascend approximately 50 feet. Guided by a ground crew which navigated the balloon with a rope, a lone aerialist in the balloon dropped roses one at a time on the cheering audience.” 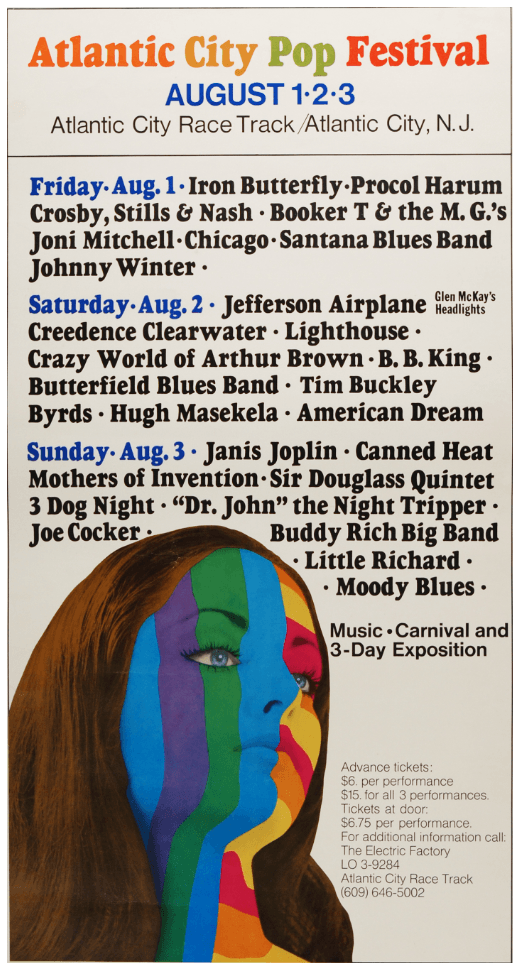 The Atlantic City Pop Festival took place in the Hamilton Township of Atlantic County, New Jersey at the Atlantic City Race Course on August 1, 2 and 3rd, 1969   – only two weeks before the Woodstock Festival. 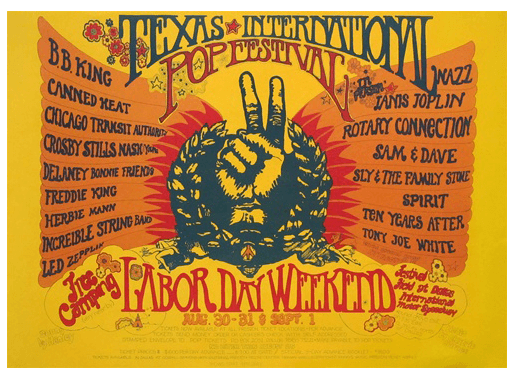 The Texas International Pop Festival was held at Lewisville, Texas, on Labor Day weekend, August 30 to September 1, 1969. The site for the event was an open field just south and west of the newly opened Dallas International Motor Speedway on the east side of Interstate Highway 35E.

The festival was the brainchild of Angus G. Wynne III who had attended the Atlanta International Pop Festival on the July Fourth weekend where Chicago performed. Attendance at the festival remains unknown, but is estimated between 120,000 and 150,000.

Chicago played both the Texas International Pop Festival on and the New Orleans Pop Festival in the same weekend. 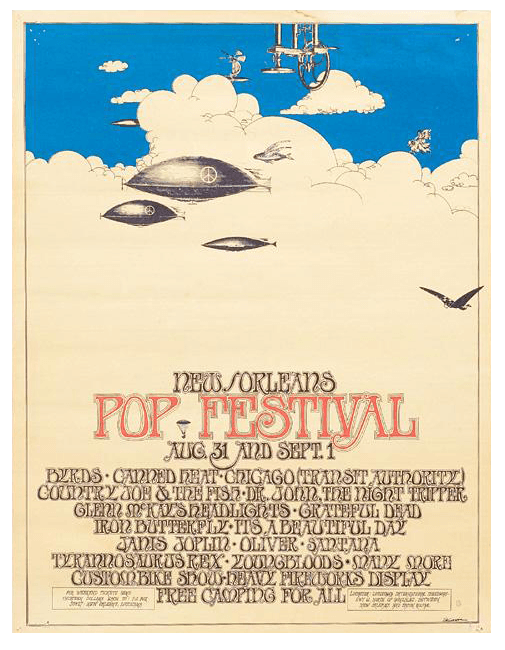 New Orleans Pop Festival was among several major pop festivals held in the deep south during the summer of 1969.

Held on Labor Day weekend (August 30 – September 1, 1969), two weeks after the Woodstock Festival, the New Orleans Pop Festival took place at the Louisiana International Speedway in Prairieville, Louisiana, about 65 miles up the Mississippi River from New Orleans and 15 miles south of Baton Rouge. Over 26 bands performed during the three days of the festival.

One of the highlights of the festival, the Giant Jam Session, took place on September 1st, 1969 and featured Chicago along with Jefferson Airplane, Grateful Dead, Cat Mother, Santana, and Beautiful Day. 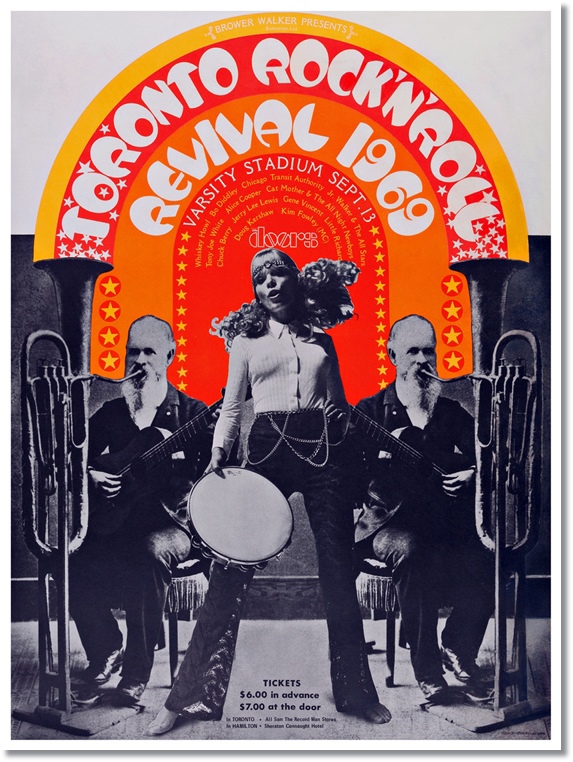 The Toronto Rock and Roll Revival was a one-day, twelve-hour music festival held in Toronto, Ontario, Canada on September 13, 1969. The Festival was held at Varsity Stadium at the University of Toronto before an audience of over 20,000. Chicago played this festival along side other iconic acts including Chuck Berry, The Doors, John Lennon and Yoko Ono and The Plastic Ono Band.

It was at this festival that audience members first lit matches and lighters to welcome a performer on stage. Tickets were $6 in advance and $7 at the door.