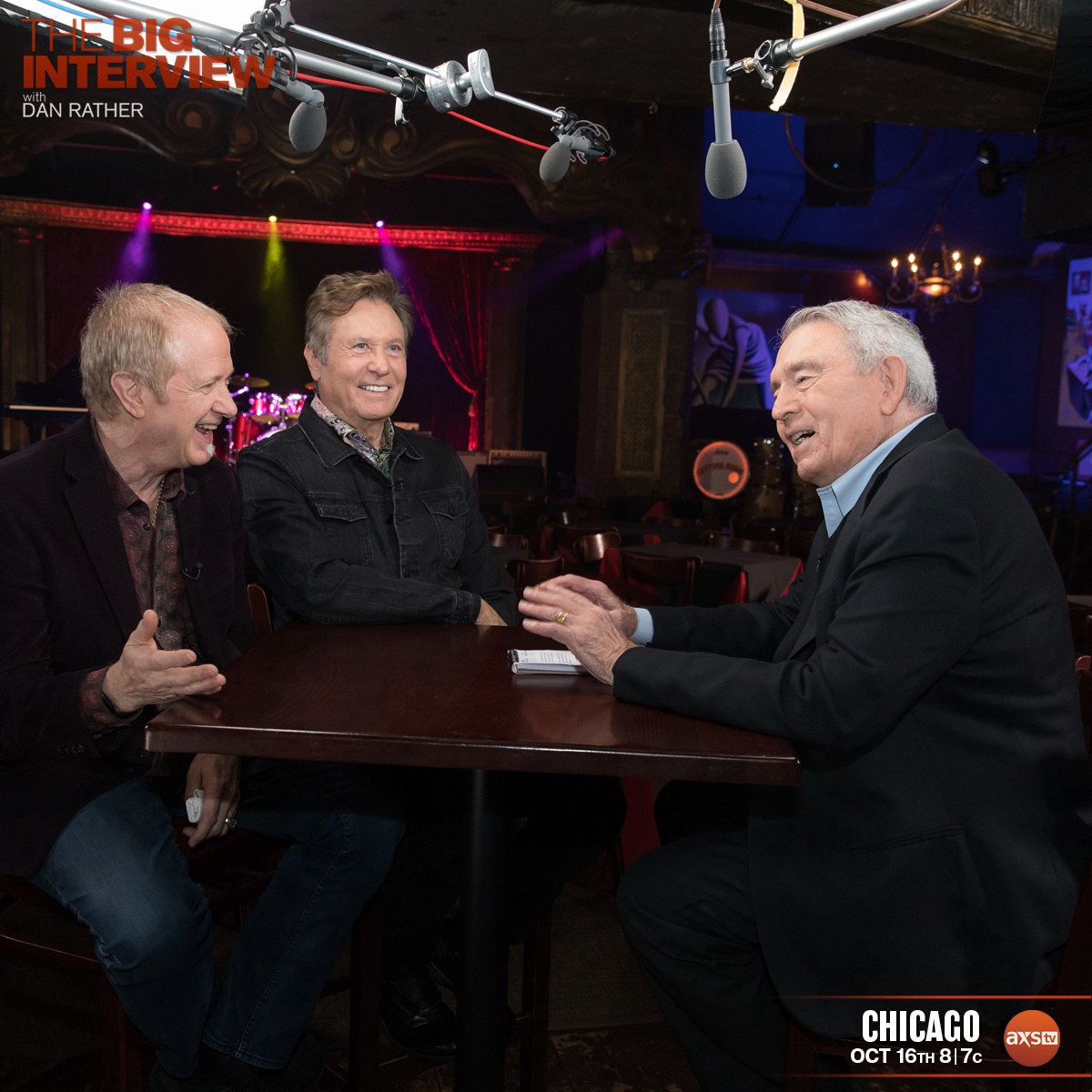 Robert Lamm and Lee Loughnane, founding members of revolutionary rock band Chicago, join Dan Rather for an all-new episode of the The Big Interview—airing Wednesday, October 16 at 8pE/5pP on AXS-TV.

In this exclusive first look, Lamm discusses the creative process behind the band’s trademark hit “25 Or 6 To 4”— a song he initially came up with the groundwork for one night during Chicago’s time as the house band at the Whisky a Go-Go. “I sat at the piano and started playing something like the riff,” Lamm explains “and I hadn’t yet figured what the song was about”. “It was very late (WAITING FOR THE BREAK OF DAY) as I looked out over the city, and seeing the lights on the tall buildings, (FLASHING LIGHTS AGAINST THE SKY) inspiration finally came. “An old Grandmother Clock was hanging on the wall across the room.” He continues, “I couldn’t quite make out what the time was, but the hands on the clock were somewhere around 25 or 26 to 4 a.m. I thought, “Well, for now, I’m just going to describe the process of writing this song. I’ll figure out what the lyrics are going to be later. But I didn’t need to.”